TheÂ future tenseÂ inÂ ItalianÂ is used to express an action that has yet to happen.

What is Italian Future Tense?

The Italian Future Tense is the equivalent of the English construction with â€œwillâ€ and â€œgoing toâ€ and is made by changing the final part of the verb. For instance, the simple future tense of parlo (I talk) becomes parlerÃ² (I will talk). There are two future tenses in Italian: Futuro semplice (Simple Future Tense) and Futuro anteriore (Future Perfect) that are used in different situations.

Oggi torno a Roma. â†’ Il mese prossimo tornerÃ² a Roma.
I go back to Rome today â†’ Iâ€™m going back to Rome next month.

When To Use The Italian Future Simple Tense

The Italian futuro semplice and futuro anteriore are used in different situations. The future simple is the easiest to understand. Itâ€™s used to talk about an action that hasnâ€™t happened yet.

SarÃ² in vacanza tra una settimana.
Iâ€™ll be on holiday next week.

If you want to refresh your Italian Grammar skills, I also suggest these books to you:

How Do I Make The Simple Future Tense In Italian?

You can form the futuro semplice of regular verbs by adding the following endings to the root of the verb, according to the three conjugations:

The Italian futuro semplice (future simple) is usually accompanied by marker words such as:

Simple Future Tense Of The Verbs Essere And Avere

Letâ€™s now see how to conjugate the irregular auxiliary verbs essere and avere in futuro semplice. The Future Simple corresponds to the English: I will be/have, you will be/have, he will be/haveâ€¦ and so on:

Other Uses Of The Simple Future Tense In Italian

Sometimes, in Italian language other situations require the use of the futuro semplice:

You use the future simple to express an orderand make it sound less authoritative and strong than when using the imperative mood.

Mi farai sapere com’Ã¨ andata.
You will tell me how it goes.

Pulirai tu la cucina.
You will clean the kitchen.

Or to express a hypothesis, a doubt or a guess:

Hai lavorato tutto il giorno, sarai stanco.
You worked all day, youâ€™ll be (you must be) tired

Sono sicuro che sarete dei bravi genitori.
Iâ€™m sure you will be great as parents

The Italian futuro anteriore (future perfect tense) generally corresponds to the English construction will be/have + past participle of the verb (i.e. â€œwill have goneâ€).
However, weâ€™ll see how you can also find it in other cases where English uses different tenses.

When Do I Use The Future Perfect Tense In Italian?

For future actions that will be finished before another action takes place.

Quando me ne sarÃ² andato, ti mancherÃ².
When Iâ€™m gone (will be gone), youâ€™ll miss me.

As you can see from the examples, the future perfect tense is formed by two parts:

The second case where you use the futuro anteriore is to express uncertainty about whether something happened or not, or to make an assumption.

Temo che non avrÃ  riparato la bici per domani.
Iâ€™m afraid he will not fix (will not have fixed) his bike by tomorrow.

Unlike English, you can even use Future Perfect to make a hypothesis about something that happened in the past and is having consequences on the present moment.

PerchÃ© Ã¨ in ritardo? AvrÃ  perso il treno.
Why is he late? Maybe he missed his train.

The Italian futuro anteriore can be hard to understand and use correctly.
The second and third case we described are probably the trickiest for English speakers.

No need to worry if you feel confused: remember that to make a hypothesis about something that happened in the past, you can also choose to use other words instead of forming the futuro anteriore, such as â€œforseÂ â€“ maybe, perhapsâ€,Â â€œmagariÂ â€“ maybeâ€Â or â€œprobabilmenteÂ â€“ probablyâ€ and use a simpler tense such as passato prossimo.

PerchÃ© Ã¨ in ritardo? Forse ha perso il treno.
Why is he late? Maybe he missed the train.

How Do I Make The Perfect Future Tense In Italian?

Here is the future anteriore (future perfect tense), which is formed by using the future simple of the auxiliary verb essere (to be) or avere (to have) + the past participle of the verb expressing the action:

Perfect Future Tense Of The Verbs Essere And Avere

Letâ€™s now see how to conjugate essere and avere in futuro anteriore.

The futuro anteriore (future perfect) can be literally translated as â€œwill have beenâ€ â€œwill have hadâ€:

Other Uses Of The Perfect Future Tense In Italian

Regarding the Italian futuro anteriore (future perfect tense), weâ€™ve seen that it can have different uses.
This tense is difficult for mostÂ English-speakersÂ since itâ€™s not common in everyday English.

When Italian uses the futuro anteriore, English speakers can use the future, present or even past tenses:

If you want to translate this sentence literally, it would be:

Most Common Irregular Verbs In The Simple Future Tense

There are many irregular verbs commonly used in Italian that you need to know if you want to conjugate them correctly. Letâ€™s see first how to form the futuro semplice of irregular verbs. Some irregular verbs drop the vowel at the beginning of the Future Simple suffix. Therefore, when forming futuro semplice the suffixes -erÃ², -erai etc. become -rÃ², -rai, -rÃ , -remo -rete, -ranno. For instance:

Verbs with infinitives ending in -ciare and -giare will drop the -i from the root when forming the Future Simple. So, for the verb mangiare (to eat), you will not say mangierÃ², but mangerÃ².

Other irregular verbs have to be studied by heart because they do not follow any grammatical rule:

When forming the futuro anteriore, weâ€™ve seen that you need to use the future simple of the irregular auxiliary essere or avere + the past participle of the verb expressing the action.
Remember that some Italian verbs also have irregular past participle, and may not follow the general rule (form ending in -ato, -uto or -ito).

The advice is to always check whether a verb is irregular or not and which auxiliary it needs in a conjugator online, like .

Do I Really Need To Know The Future Tense In Italian?

Sometimes, in Italian you can use the present tense to refer to the future.
This happens in three cases:

When you are talking about something that will surely happen.

Sei andato in banca? No, vado martedÃ¬.
Did you go to the bank? No, Iâ€™ll go on Tuesday.

To talk about something that you are about to do.

Vado io?
Shall I go?

Apro la finestra?
Shall I open the window?

La chiamo?
Shall I call her?

For the futuro anteriore keep in mind that in everyday language itâ€™s not wrong to use the futuro semplice instead of the futuroÂ anteriore.

You can see that for some upcoming events, especially those that will happen shortly, Italians simply use the present tense.

However, itâ€™s very useful to know how to form the future tense in Italian.

Now that you know how to use the Italian future tense, you can talk with your friends or family about your plans or future travels, hopefully in Italy! 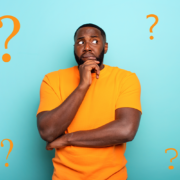 How to Say Why in Italian? – 10 Common Expressions
Italian Reflexive Verbs – An Easy Guide

Italian Congiuntivo – Everything You Need to Know
Scroll to top