What is the Italian Imperative?

The Italian Imperative, or Imperativo, is the grammatical mood used to give an order, instructions or advice in Italian. At the same time it scolds, suggests and implores someone to do something.

As you can see from the examples below, the Italian imperative has the same use as the English imperative .

How to use the Italian imperative

The Italian Imperative is easy to form and widely used in the Italian language.

For its construction, you must pay attention to three main aspects:

The Italian imperativo has only the present tense. However, there are three informal persons (Tu, Voi and Noi) and two formal persons (Lei and Loro), whose use varies according to the context.  The subjects are not specified, so you need to know the final endings  for each person.

The Italian imperative at the first plural person (noi), translates the English construction “let us (or let’s) + infinitive verb”.

Italian imperative – how to tell someone to do something informally

We use an informal imperative when we are addressing to someone we know very well.

To make the Italian Imperative of the regular verbs, you have to add the different endings of –are, –ere, –ire verbs to the verb steam. In most cases the verb is the same as the present indicative.

The imperative forms for verbs ending on –are in the infinitive  are -a (tu), –iamo (noi with let’s) and -ate (voi).

An example is the verb parl-are – to talk.

The imperative form for -ire verbs (sent-ire – to listen, part-ire – to leave, dorm-ire – to sleep) has the following endings: 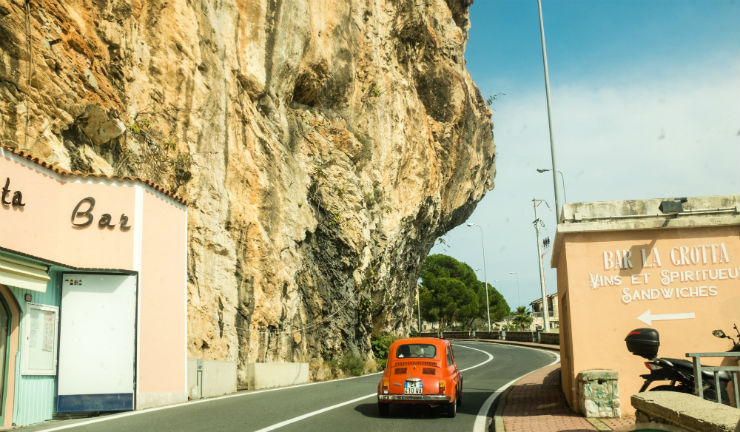 Italian imperative – how to speak formally

When you are speaking to someone you don’t know well or you want to be polite to, you use the formal imperative, specifically the third feminine singular person Lei and the third person plural Loro.

The polite form with loro is extremely rare in the Italian language.
However, you can make it by using the voi form of the direct imperative and the polite words per piacere, per favore and per cortesia (translated in English as “please”) that you find also in informal contexts.

Unlike Loro, the personal pronoun Lei is much more common. Waiters, cashiers, salespersons in stores or people who don’t know you would use the polite form:

To make the formal imperative, you need to use the present tense of the Italian Congiuntivo and the equivalent endings of the –are, –ere, –ire verbs. Here is the conjugation of the verb sent-ire – to listen:

The negative imperative – how to tell someone not to do something

When you are suggesting someone NOT to do something wrong, you can use the negative imperative.

To create the negative imperative, you always put the word non before the verb which is in the infinitive at the second singular person, while in the standard forms of imperative at the other persons.

Here is the conjugation of the verb tocc-are, – to touch: 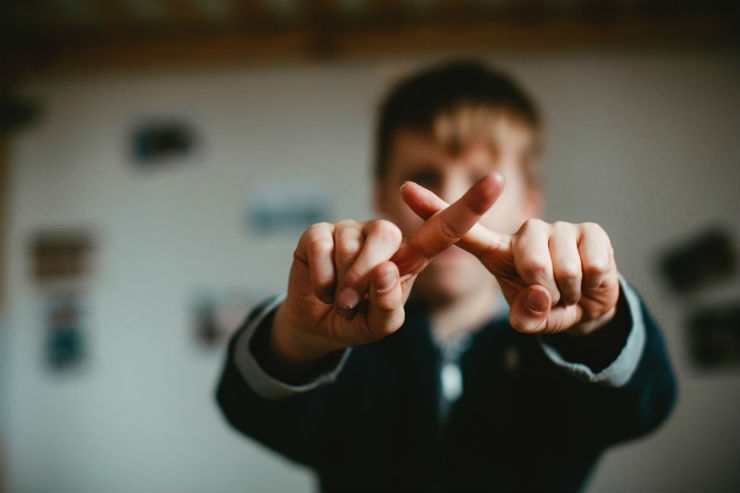 In case of negative imperative, pronouns can be placed before or after the verb (always before the verb for Lei and Loro forms). If you decide to put them after the verb, remember that the final –e of the infinitive drops at the second singular person.

You make the Italian imperative of reflexive verbs by adding the reflexive pronouns to the conjugated verb. Examples are verbs like lavar-si – to wash oneself, divertir-si – to enjoy oneself, servir-si – to help oneself.

Remember that in the formal imperative of reflexive verbs the reflexive pronouns come before the conjugated verb!

The position of direct and indirect object pronouns can be different according to the person we are referring to. For tu and voi forms, the pronoun goes after the imperative verb, joining with it to become a single word.

Ascoltami e taci! – Listen to me and shut up!
Guardatelo! È davvero uno sciocco! – Look at him! He is really silly!

Instead, for Lei and Loro forms the pronoun comes before the verb.

When the imperative verb has one syllable at the second singular person, the pronouns mi, ti, lo, ci double, becoming respectively -mmi, –tti, –llo and -cci.

Dammi la penna, per piacere! – Give me the pen, please!
Fatti gli affari tuoi! –Think of your business!
Dacci una mano, pigrone! – Give us a hand, lazybones!

Fun fact: do you know there is a famous Italian song by a well-known Italian singer where you can hear sentences in the imperative? Here it is:

It is the Italian song “Fatti mandare dalla mamma” by Gianni Morandi, where you listen:

Fatti mandare dalla mamma a prendere il latte! – Get your mummy to send you to buy some milk!
Digli a quel coso che sono geloso! – Tell that dude that I’m jealous!

Pronouns like mi, ti, ci and vi become me-, te-, ce– and ve– when followed by other pronouns. Instead, gli combined with le becomes glie–

Restituiscimelo! – Give it back to me!
Fattelo da sola! – Do it by yourself!
Le chiavi! Diamogliele subito! – The keys! Let’s give them to him now!

Remember that in the Italian language the indirect object pronoun always comes first!

How to smooth the Italian imperative

As we said before, the Italian Imperative is widely used, both in the written and in the spoken language, because it allows you to make a request fast, briefly and clearly. However, it happens that it is too much authoritative and inappropriate in some social situations.

For this reason, it is useful “to smooth it” using more suitable forms, such as the present tense of the Italian Condizionale, combined with polite expressions like per cortesia, per piacere (both translated as please), se non disturbo, se non ti dispiace (in English if I am not disturbing, If you don’t mind), ti prego (i.e. please). The use of could, should and would like make you even more polite!

Now you can see the conjugation of the most used irregular verbs in the Italian imperative:

Four idioms in the Italian Imperative you need to know

Here are 4 idioms in the Italian Imperative that you can use if you are angry with someone:

Remember that these expressions can be used exclusively in an informal context and in particular situations, if strictly necessary. Pay attention when you use them!

As you saw, there are many ways to make and use the Italian Imperative.

Until now you learned how to tell someone to do or not to do something, how to speak formally using some particular expressions to be kinder and when to choose other linguistic forms to make a request in order to appear less “aggressive” and much sweeter.

However, it can happen you will not be able to guess immediately which solution is better than another. Probably some exceptions could even mislead you!  But non mollare! (don’t give up!) and keep on doing a lot of exercises until you master it!

And if you want to learn more about Italian Grammar, here there are useful books I suggest you to read:

Italian indefinite articles – Everything you need to know
Scroll to top