After Natale and Pasqua, Ferragosto is the third festivity Italians mostly appreciate overall. During this period of the year, Italian cities get empty, whereas beaches fill up welcoming people from all over the world.

what is Ferragosto exactly?

Traditionally, Ferragosto is an Italian national holiday celebrated on 15th August. Its roots lie in ancient Rome under the emperor Augustus. As a matter of fact, Feriae Augusti – a set of feasts established by Augustus himself – had the purpose to provide Roman citizens a longer period of rest after the harvest. Later, after the fall of the Roman Empire and the rise of Catholicism, this festival was converted into a religious festivity commemorating the Assunzione, namely the Assumption of the Virgin Mary into Heaven.

Nevertheless, how and where do Italians celebrate Ferragosto? What do they like to do the most?

If you are curious enough to find it out, you better scroll down and read until the end of the present article! And if you are planning to visit Italy here there are some useful books for you:

how and where do Italians celebrate Ferragosto?

Relaxing on the beach

Spending Ferragosto vacations with family or friends on the beach is usually the very first choice. Indeed, most Italians literally “flee” from those cities that are dreadfully hot and sticky during the summertime – like Milan, Turin, Rome, Bologna, and so on-. On the contrary, people who live in coastal cities – such as Naples, Palermo, Bari, Rimini, etc. – can enjoy more pleasant and milder weather, as well as cooler temperatures.

In any case, many events take place on the most famous Italian beaches, such as those of Adriatic Coast, Amalfi Coast, and Emerald Coast, during the day of Ferragosto: in the morning, they usually organize funny games for children, dancing and water aerobics sessions for young people and adults. Instead, in the afternoon, space is given to traditional Italian Aperitivo. On this occasion, you can have a tasty cocktail with your friends, listen to great music, and eat tons of appetizers and savory snacks. Finally, in the evening you have the chance to do lots of different things according to your tastes: going to a beach party, celebrating in an exclusive nightclub, going for a stroll downtown where you can be entertained with traditional music concerts, or eventually watching the fireworks around a bonfire.

Fun fact: Are you wondering which is the representative song of the Italian summer? Of course Un’estate al mare by Italian singer Giuni Russo.

Having a good time in the mountains

In case you aren’t into the sea like a lot of Italians, mountains are the perfect alternative where to spend your Ferragosto! The most popular destinations for hikers and fresh air lovers are Alpes and Appennines, the two main mountain ranges in Italy. Here people have the possibility to explore wild areas along with expert tour guides, hike into the woods seeking appetizing mushrooms and truffles, or reach small mountain villages with breathtaking views.

Plus, in some Italian regions where a vast production of wines normally appears – as in Piedmont, Tuscany, Campania, Sicily -, it is also possible to visit local wineries that often belong to wealthy families. In these places they provide you information about the various techniques used for making wine, focusing on grape pressing, fermentation, and aging; after that, the procedures of bottling and storage are shown. When the visit comes to an end, you are allowed to taste local wines, basically accompanied by delicious platters of cold cuts and cheeses.

Another typical activity that some Italians really prefer doing during the day of Ferragosto is going to the lake. Just think of the huge amount of lakes scattered throughout Italy – for example, Lakes of Garda and Como in Lombardy, Lake of Bracciano near Rome, and Lake Trasimeno in Umbria. In these wonderful locations, it’s quite common to take a cruise around the lake itself, taste seafood dishes in a restaurant nearby, or sunbathing on the lake shores.

Remember that it is also possible to fish but you need to get information previously because in some parts of Italy fishing is forbidden in specific periods of the year.

Spending time in the countryside

Not interested in spending your day of Ferragosto on the beach, in the mountains, or at the lake? Don’t worry about that, because an alternative to the proposals mentioned above exists: the countryside!

As you already know, Italy is full of countryside, hills, and plains. Hence, if you decide to head to the Tuscan Maremma or the Po Valley in summer, you could stop at a holiday farm to have a barbecue or at a trattoria – in English inn – where to enjoy wholesome food and later have a nap under the trees. For families with kids, they usually offer entertainment services and carousels. Alternatively, you might be hosted in farms or cottages where you can experience rural life. Here they give you the chance to hoe the ground, grow plants, and raise animals.

Wouldn’t it be great if you could feed hens or witness the birth of a calf? For nature enthusiasts, this would surely be something not to be missed! Additionally, you are able to drink homemade wine and eat healthy farm-to-table products. Lastly, you could choose to go for a ride in an open country.

Fun fact: do you know there’s a very famous Italian film where the typical summer landscape of the Tuscan Maremma is displayed? Here is an excerpt from the movie Il Ciclone directed by Italian actor Leonardo Pieraccioni.

What if you didn’t manage to leave your home city on Ferragosto? Well, you need to know that most shops, businesses and public offices are closed for the summer break; even public transport is not in service. In fact, you could bump into signs like chiuso per ferie – literally closed for vacation – popping up all over the place. However, plenty of museums and cultural sites still stay open. Consequently, locals and tourists have the opportunity to visit major Italian attractions such as the Colosseum, Pompei ruins, Valley of the Temples in Agrigento, and other cultural institutions across the rest of Italy.

At the same time, city parks remain open during Ferragosto; on this occasion, people often go there carrying their picnic baskets. After putting a towel on the grass, they relax and eat in good company. Rather, when the air becomes cooler in the evening, you can drink some cocktails, have dinner – make sure that the restaurant you would like to go to is open! – or take a walk in the center. Even though there are few people and it’s hot, I’m sure you won’t regret the moment when you walked around an Italian city in loneliness!

Anyway, you shouldn’t feel alone because different events take place in the squares of the main Italian cities.

What do Italians eat and drink on Ferragosto?

Commonly, Italians are used to eating fresh and uncooked food such as mozzarella, tomato salad, ricotta, and cold meats in summer. Mostly, they eat a lot of fruit like watermelon, rockmelon, grapes, peaches, and so on. Regarding cold drinks, the most appreciated are iced tea, iced coffee, sodas, granita, and barley water. For some Italian foodies, eating fresh couldn’t be enough! For this reason, they opt for more flavourful dishes like eggplant parmesan, spaghetti omelet, rice salad, or pasta salad. Generally, they consume these foods on the beach or outdoors – this happens mainly in the south of Italy -. Wine must be present on the Italian table, too! In this regard, there’s a dessert that is very easy to make: peaches in red wine. Trust me, once you take a sip of this juicy drink, you won’t be able to get enough of it!

Keep in mind that you can have all these meals I referred to until now during the entire summertime – more specifically from the end of May until the beginning of September -, not only on the day of Ferragosto.

What Are Ferragosto Festivities and Traditions in Italy?

As we already said previously, if you are unable to leave for vacation, or simply decide to stay in town, you won’t face problems spending your Ferragosto cheerfully because you’ll find dozens of celebrations all over Italy, including food, music, parades, and of course, fireworks. Here is a list of the 5 most popular Italian festivities taking place on 15th August.

First of all, we need to cite one of the most famous Italian manifestations occurring in Mid-August: Palio dell’Assunta in Siena. Celebrated on 16th August, it has its roots in the Middle Ages. During this day, the seven contrade – the plural form of contrada – challenge each other through horse races in Piazza del Campo, the main square in Siena. The winners of this tournament will gain the respect of the whole city and its inhabitants.

Gran Galà di Ferragosto at the Reggia of Venaria, Turin

Secondly, we cannot fail to mention another important festivity related to this day: Gran Galà di Ferragosto at the Reggia of Venaria, near Turin. Tuxedo, refined people, Dj sets, and fireworks are the keywords to describe the stunning and sophisticated Royal Palace of Venaria where to celebrate Ferragosto with style and class.

In the third place, there’s another important feast attracting people from all over Italy on 15th August: Festa dell’Assunta in Trappeto, a small village near Palermo. During the religious procession at the sea, the statue of the Virgin Mary is put on a boat that is dragged through the entire coastline of the town whereas believers pray and follow it. Actually, in almost every coastal town this ritual occurs, especially in South Italy where a stronger religiousness exists.

Going on, it’s time now to introduce another significant Italian festival: Rome’s Gran Ballo di Ferragosto. If you think that a city like Rome will leave you alone on the day of Ferragosto, you are dead wrong because on 15th August the main Roman streets, districts, and squares – such as Via del Corso, Piazza del Popolo, Garbatella – fill up with live dance performances. While dancing, you can get something to eat and drink nearby, too.

If you are looking for the most spectacular fireworks in Italy, you need to head to Rimini. Why so impressive? Because several beach clubs located on the Adriatic Coast are economically and practically involved in the organization of this unforgettable event. Surely, this fireworks show will keep you with your nose up the whole night!

Did you know many Italians are used to taking a swim on 15th August at midnight? Before doing that, some guys – principally youngsters – meet in groups and then go to the beach. When the clock strikes midnight, they take a dip together and have fun.

Creepy fact: in South Italy, many people believe that you shouldn’t take a swim at midnight on Ferragosto because you might be cursed! In fact, in some coastal towns of southern Italy, a series of unexplained deaths among youngsters happened after midnight and the following day. Superstition? Who knows…

Finally, you should check the following glossary including some useful words and expressions concerning Ferragosto.

Now that you have all the information you need about Ferragosto in Italy, what would you like to do on 15th August if you are in Italy? Going to the beach? Spending time in the mountains or the countryside? Staying in town? Each of them is a great option.

What matters is celebrating! 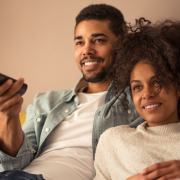 30 Italian TV Shows you can watch in the US How Do You Say Very Good in Italian?

How to Say Thank You in Italian – 14 Common Ways!
22 Common Italian Proverbs that You Must Know!

How Are You in Italian – 13 Common Expressions!
Scroll to top