Knowing how to say very good in Italian can help you saying the right thing in every situation. Italians use this expression quite a lot and you can employ it to answer questions such as “How are you?” or “How was your food” but also as a general exclamation.

We can translate very good in Italian in different ways:

Molto bene is a short reply/exclamation that has the same meaning of very good. Italians use it to answer questions like ‘How are you?’ or to comment on a satisfying situation.

Bene and molto bene are adverbs, meaning they describe verbs or the way you do something.

Also, you can find molto bene in contexts where it basically means good job. This can happen in a workplace to express satisfaction or praise about something, for instance. Likewise, you can also translate it as very well.

Here are some Italian Dictionaries for you:

More formal, this expression literally means I really appreciated it. You can use it when generally relating to a workplace or in a business/academic setting. People are always more polite in this case!

Buono is an adjective, meaning it describes nouns, things. Italian people use it mostly to talk about food.

Therefore, very good can also express your satisfaction when the food is really tasty and delicious. Or even a drink, or a whole meal.

Besides, you can also use buonissimo in this context. It still means molto buono – it’s the superlative form of the adjective buono and it’s widely spread in Italian speech. Since it’s an adjective, remember to change the final endings for feminine and plural forms.

Bello is also an adjective that Italians use pretty often. It literally means beautiful. When you want to refer to a very good experience, you should definitely use molto bello or bellissimo. Remember to use the right final endings depending upon the gender and number of the noun you are describing.

Same as before, mostly relating to food and drink, or to a delightful situation/experience. It literally means I really liked/enjoyed it.

When your hosts offer you the best dinner for the night or when your colleagues kill it during a meeting, this is a very fancy way to praise it.

Ottimo is clearly a versatile way to point out a very good thing, food, experience or situation. You can hear it in various contexts, often different from each other.

This is the superlative adjective of bene and works just with the same meaning of molto bene.

Further than that, you can use it even to comment on something in a sarcastic way. In this case, it will basically mean the right opposite. When you spend a whole afternoon tidying the room and your siblings show up turning everything upside down: benissimo!

Likely a so-called false friend, grande means literally big in Italian, but people use it as an exclamation when something good raises a certain amount of enthusiasm.

– Com’è andato il concerto? – È stato grandioso!
– How was the concert? – It was very good/great.

Perfect sounds familiar, right? That’s the most adjustable way to express that something went very well and met outstanding expectations – that were so not disappointed!

However, Italians use it quite a lot in order to sum up something or have a deal stated. Like saying I got it, deal.

When the subject is a person, you can also say that he/she was very good at doing something using the well-known little word bravo – that is common also in the English language.

Molto bravo shows that someone is very capable of doing something. Bravissimo is the superlative form with the same meaning.  They are used also when you want to point out that someone has behaved well.

This is a very informal expression. Teenagers often use it after a performance or competition that was extremely well-played. It’s not that rare to hear people saying it also when winning a match.

– Hai spaccato sul palco!
– You killed it on stage! / You played it very well.

The slang expression ‘bella!’ is mostly common among rap & hip-hop lovers. This one is really informal and not used by everyone.

So just use it if you hear it from your Italian friends. Surely they will be impressed that you know it. In the context of very good, bella is not an adjective meaning beautiful, but it’s another way to say great or ‘yes, perfect’. For instance, when someone invites you somewhere and you set a date.

– Finisco una cosa e arrivo. – Bella! Ci vediamo là.
– I just need to finish up something and I’ll be on my way. – Very good! I’ll see you there.

This is a pretty informal incitement, usually heard in the area of Rome above all. But it’s spread and understandable throughout the whole country.

Although not closely related to the context of very good, it could express encouragement in doing something or compliment someone in case he/she did something very well.

Besides, you can often hear it paired with some of the other exclamations mentioned before, as reinforcement of the concept.

You should know that Italians use interjections really often to express their mood. Very good works perfectly in different contexts and situations, but the meaning reflects one only emotion: positiveness.

Whether you’re talking to your friends or having a conversation with your boss, that’s time to learn how to convey your (very) good vibes!

And if you really want to expand your vocabulary, here’s how you can do it by checking the most useful Italian exclamations in this handy guide. 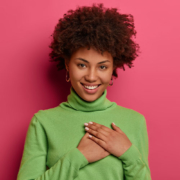 How to Say Thank You in Italian – 14 Common Ways! 22 Common Italian Proverbs that You Must Know! Ferragosto in Italy – How Italians celebrate Ferragosto
Delicious in Italian: 15 Ways to Talk About Food