If your goal is to know the Italian language, Sapere Conjugation is certainly the thing you have to keep in mind. Sapere is a verb in Italian that means exactly that, to know. As we have said in this previous article, there is another verb that translates to know in Italian: the verb conoscere. They have different uses and meanings, and today we will focus on sapere.

Sapere means to know something and it is an irregular verb of the second conjugation. It can also have the meaning of to know how to do something and in that case it has a similar meaning but different use of conoscere. Sapere is also used in intransitive way and in that case it can also mean to have the taste / smell of . Also, sapere can have the meaning of to think / to suspect something.

Now, I know you are really curious about all these meaning and uses…
But, before starting to see all of them, let’s learn how to change it through the italian tenses!

As an irregular verb, sapere doesn’t follow typical rules for the present tense. It has a unique form that you’ll need to learn by heart.

Sappiamo tutti che Mario si è innamorato di Alice.
We all know that Mario has fallen in love with Alice.

Sai suonare la chitarra?
Can you play the guitar?

Sapere is a transitive verb. Consequently, in the compound tenses it uses the verb avere as an auxiliary verb. Passato Prossimo is the first compound tense you’ll learn in your Italian journey. It’s the tense of the actions that happened in the recent past. Use this tense when you want to talk about what happened this morning, yesterday or a year ago etc.

Hanno saputo che non ero a casa.
They heard that I wasn’t home.

Hai saputo qualcosa di Gianni?
Have you heard something about Gianni?

Imperfetto is another important past tense in the Italian language. It’s used to express the habits from the past, to talk about emotions you had and to describe something in the past.

Hai detto che sapevi come aiutarla.
You said you knew how to help her.

Tutti sapevano che era innocente.
Everyone knew he was innocent.

Another compound tense you’ll need is Trapassato Prossimo. It’s formed by the verb avere in Imperfetto and Past Participle of the verb sapere. You’ll use this tense when you want to express the action that had happened before another one.

Avevo saputo che era tornata a Londra.
I had heard that she was back in London.

Ha già sentito che avevamo saputo del suo rapporto con Matteo.
She has already heard that we had found out about her relationship with Matteo.

The verb sapere has irregular forms also in Passato Remoto. This tense is used to express actions that happened a long time ago in the past. It’s almost never used in the spoken language, but you’ll see it in the novels.

Appena la vidi, seppi di essere nei guai.
As soon as I saw her, I knew I was in trouble.

E nessuno seppe mai che lo amavo.
And no one ever knew I loved him.

Tutti i parenti furono sorpresi quando seppero che loro due si sarebbero sposati.
All the relatives were surprised when they learned that they were getting married.

Dopo che ebbe saputo dove abitava Maria, andò a visitarla.
After he found out where Mary lived, he went to visit her.

Appena ebbero saputo il tuo indirizzo ti vennero a cercare.
As soon as they heard your address they came looking for you.

Se mi dici dove vuoi andare saprò dove portarti.
If you tell me where you want to go I’ll know where to take you.

Quando lo vedi, saprai cosa dirgli.
When you see him, you’ll know what to say.

Appena sapranno cosa è successo, verranno qua.
As soon as they know what happened, they will come here.

Another way to talk about the future is to use Futuro Anteriore. Use it when you want to talk about the action that will be finished in the future before another one starts. It’s also used to express assumptions about something that happened in the past but has consequences in the present.

Sono sicura che ormai l’avranno saputo.
I’m sure they must have heard by now.

Come avrete saputo, ci trasferiremo a New York.
As you may have heard, we are moving to New York City.

The Subjunctive in Italian is called Congiuntivo. You have to use Congiuntivo when expressing your opinion, or when you talk about something that is not certain. Before the verb you will usually see the conjunction che.

Immagino che tu sappia perché sei qui.
I guess you know why you are here.

Non voglio che sappiano dove mi trovo.
I don’t want them to know where I am.

Credo che sappiate perché è andato via.
I think you know why he left.

Sembra che mio figlio abbia saputo dell’incidente.
It seems that my son heard about the incident.

Non so quanti di voi l’abbiano saputo, ma abbiamo delle buone notizie.
I don’t know how many of you have heard this, but we have some good news.

Credo che abbiate già saputo cosa era successo a Marco.
I think you already heard what had happened to Marco.

Pensavo che sapessi suonare il pianoforte.
I thought you knew how to play the piano.

Sembrava che non ne sapesse niente.
He didn’t seem to know anything about it.

Anche se l’avessi saputo, non avrei reagito diversamente.
Even if I had known, I wouldn’t have reacted differently.

Pensavo che avessero già saputo tutto.
I thought they had heard it all before.

To express yourself in the polite and gentle mode you will need Condizionale. It’s also used to express wishes, hypothesis, doubt and regret.

Non saprei cosa dire.
I wouldn’t know what to say.

Scusi, mi saprebbe dire dove si trova via Roma?
Excuse me, could you tell me where is via Roma?

Se fossi come tua madre, sapresti cucinare.
If you were like your mother, you would know how to cook.

Conditional in Italian has two tenses. It can be in the present and in the past. Condizionale Passato is also used to express the future action from the viewpoint of the past.

L’avresti saputo se fosse tornato in Italia.
You would have known if he had returned to Italy.

Gli ho assicurato che avremmo saputo cosa fare in quella situazione.
I assured him that we would know what to do in that situation.

The Imperative of the verb sapere is irregular and it has its own forms. You use Imperativo in Italian, as in English, when you want to give orders, instructions or advice.

Sappi che ti appoggerò, qualsiasi decisione prenderai.
Just know that I will support you, whatever decision you make.

Sappiate che vi vorremmo bene, per sempre.
Please know that we will love you, forever.

Dopo aver saputo che sono stata qui, mi ha chiamato.
After he heard I was here, he called me.

Ho saputo che il ragazzo che mi piace si è sposato.
I found out that the guy I like got married.

Gerundio in italian has a lot of uses. It can be in the present and in the past. You form it with the suffixes -endo or -ando.

Supererò qualsiasi ostacolo, sapendo che sei al mio fianco.
I’ll get through any obstacles, knowing that you are by my side.

Different Uses Of Sapere In Italian

1. Sapere Meaning to know (something)

Unlike in English, in Italian we can’t use the verb sapere to say that we know someone. For that purpose we use the verb conoscere.

Sapevate che lei non è italiana?
Did you know that she is not Italian?

2. Sapere Meaning to find out, to become aware

Sapere, when used in Passato Prossimo, means to find out, to hear about something.

Pay attention when you put the verb sapere in the past tenses. When it’s used in Imperfetto it means to know, but with Passato Prossimo it means to find out.

3. Sapere Meaning To be able to do something / Can

Followed by an infinitive it’s used to express knowing how to do something, having some skill.

Followed by preposition di it means to taste like something, or to give the impression of something.

5. Sapere Meaning to think, to suspect

Sapere can also be translated as to think, to suspect but only when it refers to the speaker, in the first person. In that case we use the construction Mi sa che.

With all this in your mind you are one step closer to finally sapere l’italiano. Volere Conjugation – How to use Volere in Italian Dovere Conjugation – use Dovere in Italian Venire Conjugation – use venire in Italian 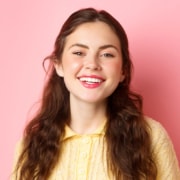 Avere Conjugation – How to use Avere in Italian Dire Conjugation – How to Sound Like an Italian!
Scroll to top